Who Was Henry George? 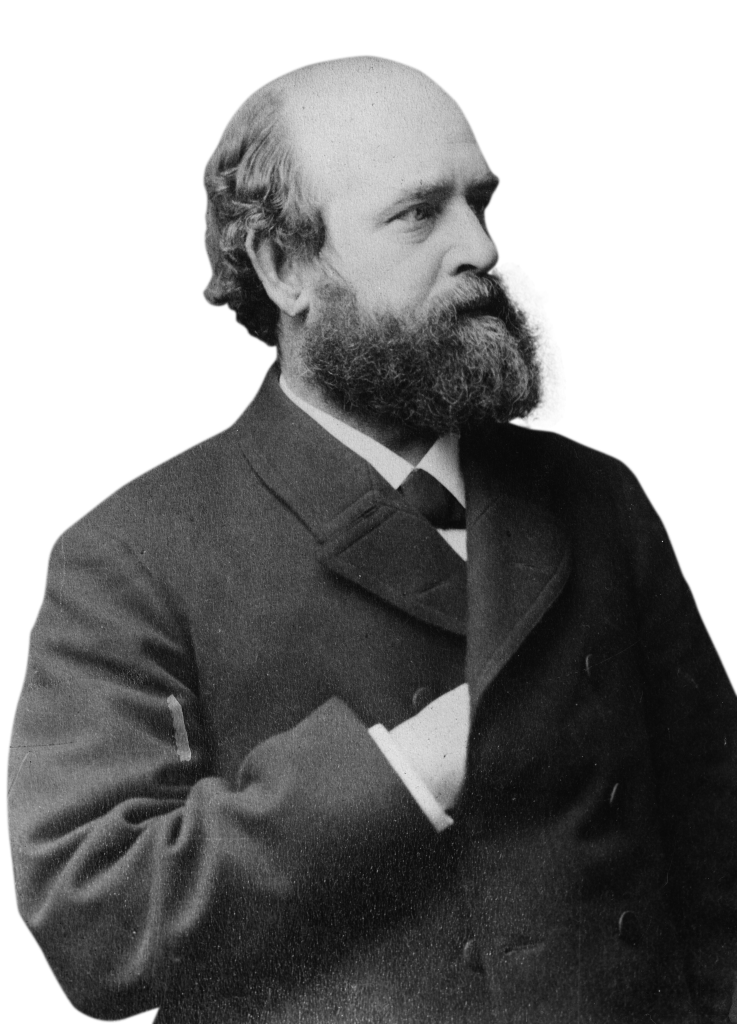 Why is a 19th century economist still relevant today?

Henry George was an American political economist, and the most influential proponent of the collection of the rental value of land as the sole income of the state.

His philosophy was that of freedom, and he saw taxation of labour and capital as a man-made interferance with that philosophy.

Political Economy has been called the dismal science, and as currently taught, is hopeless and despairing. But this, as we have seen, is solely because she has been degraded and shackled; her truths dislocated; her harmonies ignored; the word she would utter gagged in her mouth, and her protest against wrong turned into endorsement of injustice. Freed, as I have tried to free her, in her own proper symmetry, Political Economy is radiant with hope.

Henry George from Progress and Poverty

The Georgist school of thought takes its identity from the work and insights of 19th century journalist, economist, and political leader Henry George, who died in 1897 at the young age of 57.

In his short life, however, he managed to spawn a school of economics of lasting impact, based on his prolific writing and speaking as well as his dedicated pursuit of economic justice and political change. George’s most famous book, Progress and Poverty, has been in print ever since its initial publication in 1879. It had by 1906 sold more copies than any book ever published except the Bible. Not only did he travel internationally throughout the English speaking world, strongly influencing policy in Australia, Canada, New Zealand, South Africa, and the United Kingdom.

He was the candidate for the mayor of the city of New York on two occasions, elections that he might have won had it not been for Tammany Hall corruption in the first instance and his death four days before the polls opened in the second.

Current mainstream textbooks have reduced his program to advocacy of the ‘single tax,’ often dismissing him as a crank, but his views were in fact far more complex. They constituted a total world view synthesized from several streams of thought current during the nineteenth century.

The general framework of Henry George’s social philosophy is rooted in the view of Thomas Jefferson that the root cause of social problems is an inequality of rights.

The problem Henry George addresses is the problem of involuntary poverty. He sees this problem essentially as one of unequal rights to land. His teaching is founded upon the right to use land, land being the whole material universe, the “reservoir” as he says, from which all production comes. Because we are many the right to use land is an equal right.

Henry George argues that the task of government is to secure these equal rights to land for everyone. However, George points out that observation of the institution of private property in land shows that it entails the very opposite of equal rights in land.

In the social law of rent (the fact that productivity is enhanced by location) George finds an “adjustment” in nature that permits government to secure the equal right to land. For, if government took the value of locations, each would be left with land of equal value. By discouraging the holding of land for gain this charge would also permit all to use land.

The value given by location is land value. If collected taxes on production might be done away with. For that reason his proposal was called a ’single tax’. Some have reduced that proposal to some limited use of land value taxation.

More generally George gave a proposal that assists in the resolution of many land problems. Where land is held exclusively the occupant must pay for the social and natural advantages that constitutes the value of its location. Other land is common and subject to the equal right of all to use. The “market value” of such land and of those common services on it are captured in the value of land held exclusively.

George considered that the value of land would rise faster than wages as a proportion of production. He also believed that it exceeded the needs of government and that it might be made use of for cultural pruposes or distributed among the citizens as a kind of ‘dividend’.

In 1886 George ran for mayor of New York, and polled second (ahead of Theodore Roosevelt). He ran again in 1897, but died 4 days before the election. An estimated 100,000 people attended his funeral.

Progress and Poverty, and his other writings, made Henry George the third most famous man in the USA, behind only Mark Twain and Thomas Edison.

He was also popular as a speaker, making several speaking trips abroad to places such as Ireland and Scotland where access to land was (and still is) a major political issue. His ideas were taken up to some degree in South Africa, Taiwan, Hong Kong, New Zealand, and Australia — where state governments still levy a Land Value Tax, albeit low and with many exemptions.

An attempt by the British Liberal Government of the day to implement a penny in the £ (0.4%) rate on land value in 1909 as part of the budget caused a crisis in Britain which led directly to reform of the House of Lords.

Henry George’s popularity declined in the 20th century, however there are still many Georgist organisations in existence, and many people who remain famous were heavily influenced by him, such as George Bernard Shaw, Leo Tolstoy, Sun Yat Sen, and David Lloyd George. A follower of George, Lizzie Magie, created the board game Monopoly in 1904 to demonstrate his theories.

Please note: Some of the material above was taken from “Wikipedia”